A downloadable game for Windows and macOS

The Good: You just got that job you've wanted.

The Bad: You work in total isolation, spying on people.

Extract files from archive and play!

Very intersting game! I don't feel like I've made it far but I'm excited to play more! Made a video, I hope you enjoy!

Really though, this was a wonderfully-executed Orwellian nightmare wherein you take on the role of an unnamed person who takes on the job of sifting through surveillance tapes on the hunt for suspicious discussions. It's up to you to decide whether the people in the recordings are guilty or not, although it's no real surprise what "they" want from you.

As the game progresses, new crumbs of story emerge until you have to make one big choice, which dictates how the game will end.

The whole experience is very claustrophobic and tense (even with the jazz!), and you really feel like every move you make could be seen as a mistake of some kind... and you just don't know what the punishment might be.

All in all a fantastic little game that deserves more attention!

A great concept, well executed too.

It throws you in not knowing what is going on, and the characters embrace that. You're supposed to just do your work!

But why? Who are these people? What are their stories in life? Who are you to judge them? And most importantly... what are the consequences of the red slot?

how to read book?

I think you would just right click on it.

This is true! I wanted to make a separate book menu that opened up, but just had no time. So right click simply makes the player read it loud!

This is pretty funny, out of context :D

This reminds me of a game i saw a youtuber playing.

Edit: I'm not saying your copying in anyway and they are both good games.

I tried to search for it, but couldn't find it! Either way: thanks for playing :-)

Yes that was it! 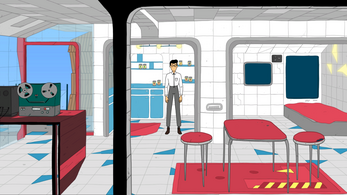 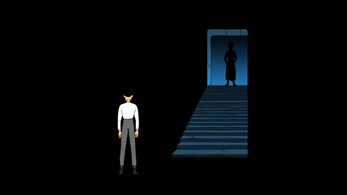 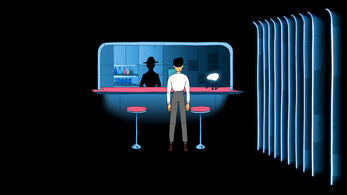